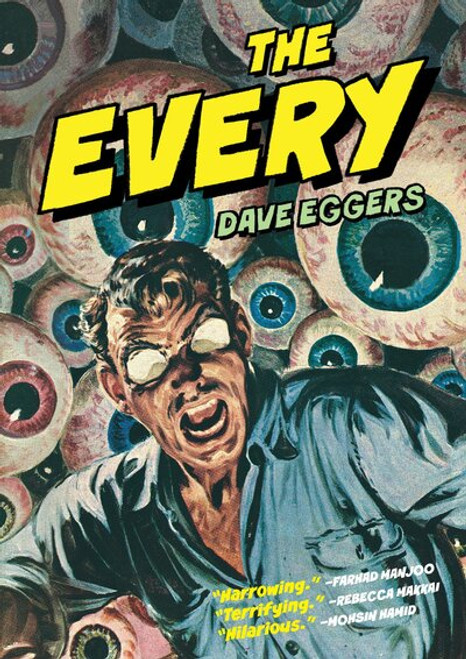 The hardcover edition of The Every is available in a dizzying, ever-expanding, and entirely randomized array of cover variations exclusively sold through independent bookstores. The cover you receive for this order will be random.

When the world’s largest search engine/social media company, the Circle, merges with the planet’s dominant e-commerce site, it creates the richest and most dangerous—and, oddly enough, most beloved—monopoly ever known: the Every.

Delaney Wells is an unlikely new hire. A former forest ranger and unwavering tech skeptic, she charms her way into an entry-level job with one goal in mind: to take down the company from within. With her compatriot, the not-at-all-ambitious Wes Makazian, they look for the company’s weaknesses, hoping to free humanity from all-encompassing surveillance and the emoji-driven infantilization of the species. But does anyone want what Delaney is fighting to save? Does humanity truly want to be free?

The Every delves deeper into the questions posed by The Circle and the world it introduced. It also stands perfectly on its own as an independent work, as appealing for brand-new readers as for people who’ve been waiting eight years to find out what happens next.

Studded with unforgettable characters and lacerating set pieces, The Every blends satire and terror, while keeping the reader in breathless suspense about the fate of the company—and the human animal.

From the Couch to the Kitchen

The History of Everything in 32 Pages

Needle In My Groove Greeting Card