The Hardly Brothers and the Clueless Robot: Teen Mysteries for Robots! 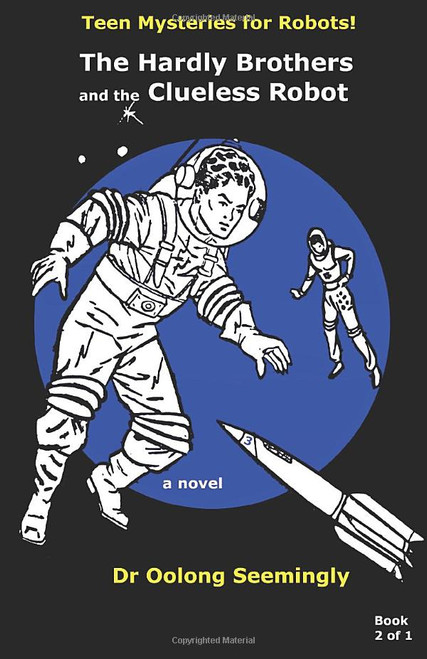 The Hardly Brothers and the Clueless Robot: Teen Mysteries for Robots!

The Hardly Brothers' most baffling case ever!

Kelvin and Brad Hardly work at the Hardly Works Space Depot on Neptune's moon, Proteus. While barely brotheres and definately not detectives, everything changes when an alluring Sex 'Bot named Nova V comes in search of a detective agency to find a missing Love 'Bot named Vixie Foxtrot and the Hardly Brotheres Detective agency is instantly formed!

This wild, cosmic adventure is jam-packed with robots, aliens, weird artifactss, and hallucinating clouds. The clues all eventually lead our heroes intoa deadly encounter with the most evil man in the galaxy on a secret base that doesn't exist. Can the foil his fiendish plot to control the universe via an evil robot uprising while still maintaining his chain of interplanetary waffle houses? Only those who read this book to the very end will know.

Warning: No readers will allowed in after the first exciting chapter has begun.

Are You A Robot